Ministry of Natural Resources and Ecology of the Russian Federation

HOW TO GET TO THE NATURE RESERVE

Avoid an unexpected encounter with the polar bear!
If you know that polar bears happen to meet in the area, make sure that there are no bears or their traces nearby before leaving the building!
You should look around carefully and pay special attention to the places around the buildings. It is important that you notice the bear as early as possible, especially when visibility is limited.
Being in a place where a polar bear can be seen under the influence of alcohol is a high risk factor for a fatal conflict situation!
When you meet a female bear with cubs of any age, you should never allow yourself to be between the female bear and the cub! Otherwise, she will react and attack you immediately to protect her offspring.
As a rule,the danger to humans is caused by exhausted hungry animals. They are old animals that have lost the ability to succeed in getting their usual food and young bears that have not mastered the art of hunting yet. In addition, polar bears become aggressive when they are chased or suddenly encounter a human.
Do not chase the animal! When you see a polar bear, try to leave it unnoticed or wait until it leaves on its own. It is strictly prohibited to approach a polar bear for taking pictures!
The climate is changing and the ice cover is decreasing. As a result, it is only natural that polar bears often come ashore. Due to the lack of familiar feeding facilities, bears are able to change their feeding requirements for remains of marine mammals, fish, eggs and chicks and some vertebrates, as well as seaweed and grass.
On land, the polar bear travels lots of kilometers along the coast, and any potential source of food attracts its attention, from hunting remains and human food wastes to human beings as well.
In the case of accidents, an animal attack often turns out to be provoked by humans. This is caused by ignorance of the animal's habits, feeding, taking photographs at close range, lack of fear and attempts to get close to the animal. Despite their seeming peacefulness and caution, polar bears are extremely dangerous predators, and anyone can become a victim of their attack!

On June 5, Ecologist's Day and World Environment Day are celebrated in Russia.
First of all, this holiday is dedicated to employees of important and difficult professions whose tasks are to protect the environment, animals and plants, reduce the negative impact of anthropogenic factors on the environment, the discovery and introduction of new environmentally friendly technologies and products, bringing to justice violators of environmental laws. The most important strategic direction for Russian environmentalists is to maintain a balance between economic development and environmental protection.
This is only possible under conditions of conducting a competent state environmental policy.However, conservation of wildlife in specially protected areas is an extremely important and noble task.
It requires a large number of supporters and just people who understand the importance of conservation of natural model sites, their comprehensive scientific study, organization of environmental education and familiarization of visitors with the specific characteristics of these sites.
But the holiday also concerns all those who care about the word "ecology", who see themselves in the world free from waste dumps, smoky sky, trapped in plastic trash animals, oil and plastic islands and much more.
All those who care about environmental protection, who while going out to nature will take the garbage with them, will convince friends not to go fishing during the spawning season of fish, will tell friends and neighbors how to collect trash in a separate and proper way, will clean the area around their home from trash. They take real steps that may seem invisible. But it is they that bring real results.

Dear colleagues, dear friends!
The staff of Wrangel Island Reserve congratulates you on your professional holiday!We would like to express the words of gratitude to all those who are not indifferent to the future of the planet for their personal contribution to environmental protection.
We wish all those who have linked their lives with the important and noble activity in the field of nature protection, to realize their plans, to achieve their goals and to get high results in our common business.
May all your efforts directed at nature protection and environmental recovery be useful! May the Nature constantly feel the warmth of your hearts!

The Reserve congratulates all war veterans and all Russians on the 75th anniversary of the Great Victory! 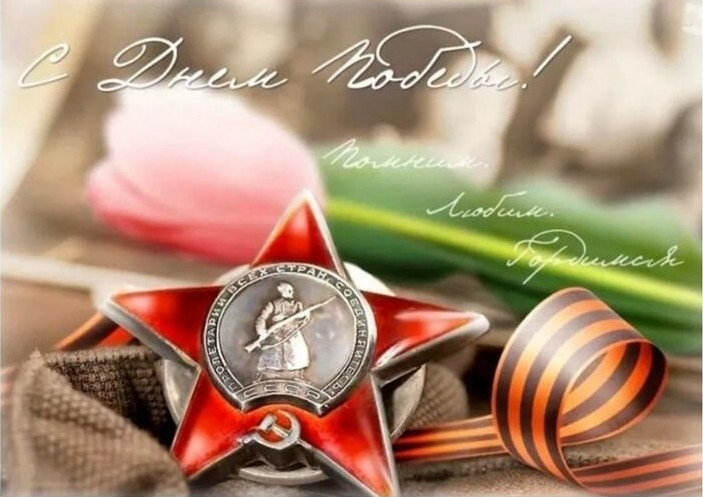 May 9, 2020 is the day of the 75th anniversary of the Great Victory over fascist Germany.Our dear veterans, home front workers and all those who have passed the hard roads of the Great Patriotic War! On this day, that is happy and bright for each of us, we would like to express our most sincere words of respect and gratitude to you.
Paying tribute to the memory of the fallen front-line soldiers and the veterans who passed away, honoring those who are alive now, we realize that it was thanks to their heroism and courage on the front line, and selfless work in the rear that Victory was achieved. May 9 is the national and most touching holiday in Russia indeed. The great date unites all of us, regardless of religion, nationality, political or other affiliation.
Dear veterans! On this festive day, please accept the words of congratulations and most sincere wishes of health, cheerfulness, longevity to you and your close people. May each of you be surrounded with the attention, care and love of your dear people!

"Wildlife of Wrangel Island. Vascular plants: an illustrated atlas
"Wrangel Island State Nature Reserve has published the first book in the series "Wildlife of Wrangel Island". The books will contain illustrated essays on the entomofauna and fauna of vertebrate animals, birds and mammals.
The plant atlas includes 291 essays with photos of 296 species and subspecies of vascular plants , both ubiquitous and endemic in the Arctis. For each species you can find photоs, a brief description of the appearance, information on the habitats and distribution, including those of species on Wrangel Island
A complete list of the vascular plants of Wrangel Island, 383 species and subspecies, is also cited, with an indication of their encounters in the most studied areas of the island.
The book is intended for a general public. These are broad specialists in botany, geographers, ecologists, experts in environmental protection, tourists and local historians, as well as anyone interested in the Arctic.
The collection was edited together with V.L. Komarov Botanical Institute and A.N. Severtsov Institute of Ecology and Evolution at the Russian Academy of Sciences.

Dear friends and colleagues!
Today, on the 5th of June, we namely conservationists, environmental experts, public figures and environmental activists, celebrate our professional holiday!
It is important that the main holiday of the Russian ecologists actually coincides with the World Environment Day. Both holidays remind all inhabitants of the planet Earth of the necessity to live in harmony with the nature and to protect the environment.
The staff of State Nature Reserve “Wrangel Island” congratulates on the Day of the Ecologist the people, whose professional or pubic activity is connected with the protection of the nature. On this day, we’d like to thank all activists as well as guests of especially protected natural territories for your support, caring and concern. It is thanks to our joint efforts to preserve life on the planet, to save its resources and richness, unite all the humanity through a common idea of caring for the environment, that we can be optimistic about the future of our planet. We do hope that we’ll be able to pass on the natural heritage, including natural diversity, to our descendants!

Congratulations to our colleagues on the Day of Polar Explorer!
On May 21, Russia celebrates a professional holiday, the All-Russian Polar Explorer Day. In 2013, the corresponding decree was signed by Russian President,
Vladimir Putin, to recognize the great contribution of the citizens who has worked at the North and South Poles, in the exploration of the northern regions. The date was chosen in memory of launching of the high-latitude polar expedition "North Pole 1", which had taken place on May 21, 1937
"This holiday is our tribute to the recognition of outstanding merits of representatives of various professions who have devoted their lives to the development of the Arctic and the Antarctic. Many generations of courageous people, people of strong spirit— scientists, geologists, builders, sailors, pilots — have selflessly served the Fatherland. It is their heroic constructive labour that glorified our country as a great polar power, " Vladimir Putin, the President of the Russian Federation, said.
Today we are honoring the brave pioneers, conquerors of the most severe and faraway lands, men and women, who have devoted themselves to their work and vocation. First of all, we should remember Georgy Ushakov, a well-known polar explorer and the first chief of the Wrangel Island. Georgy Alekseevich Ushakov had arrived in the Arctic in the mid-twenties and devoted the whole life to the research of the Arctic. He headed both the expeditions to the Wrangel Island and to the Severnaya Zemlya. The latter was even undiscovered at that time. He also was authorized by the government commission to rescue the Chelyuskintsy and was the head of the first high-latitude expedition on the icebreaker steamer Sadko.
Photos from the archive of the reserve were provided by the family of the polar explorer and the first chief of the Wrangel Island , G. A. Ushakov.